Today’s theme is videos I totally–like, seriously you guys–meant to post earlier but, well, didn’t. Oops. 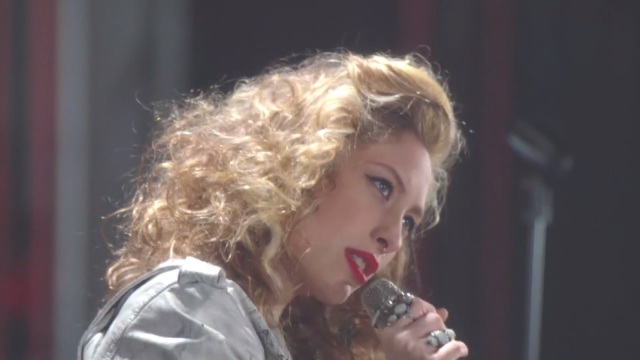 You could be forgiven for thinking that this video, directed by Gia Coppola (man, those Coppola kids are everywhere) feels like it was a forgotten music video made for the soundtrack of a lost Eddie Murphy movie from the late 80’s/early 90’s. Everything about the video, from soft-focus lighting to the fashion to the choreography and of course the music, completely captures that lost-in-time feeling of something from that era perfectly. You could see Michael Jackson or Lionel Richie making this video, easy.

Blood Orange also made last year’s Best Of list with “Chamakay”, which is featured on his album Cupid Deluxe along with “You’re Not Good Enough”.

What’s the world coming to when a guy can’t pick up a girl by thrusting his pelvis uninvited into her face? Following his now classic “Let The Music Fuck You” video from last year, Russian DJ Oguretz created yet another memorable video for this acid house banger. The video follows a clueless loser looking for love in all the wrong places until finally, perhaps, he finds his soul-mate. It’s delightfully tongue-in-cheek and serves as a great counterpoint to this otherwise sexy club track.

Why do I love this video for “Honey Do”? It’s hard to put my finger on it. The best I can come up with is that it perfectly captures the essence of what it felt like to grow up as a teenager in the 90’s. The black and white photography might as well read “Yearbook photo” that taps into extreme waves of nostalgia, only exasperated by chunky alt-guitar chords flung straight out of some flannel-wearer’s garage. These kids could be me, you, all your high school friends hanging out on summer break with nothing to do, back when hanging out really meant just hanging out and doing nothing, because you didn’t have anywhere to go or much, if any money, to do anything anyway. Need proof that this video is made for me and wasn’t meant for the kids of today? They go CD shopping in this video, for crissakes! Who does that anymore? Hopefully while they were there they bought Beverly’s superb debut album, Careers.

This entry was posted in Best Of, Music Videos and tagged best of, Beverly, Blood Orange, DJ Oguretz. Bookmark the permalink.