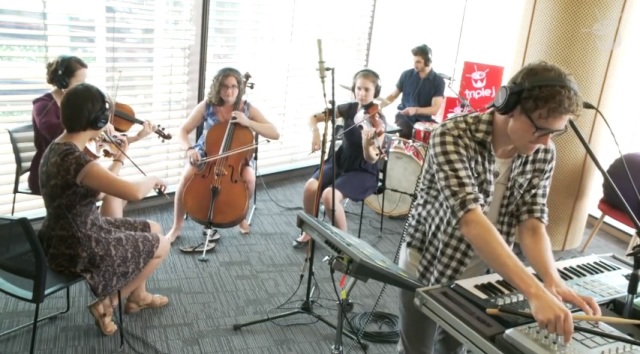 If you haven’t already had the joy of discovering ‘Like A Version’ before now then you should know that Australian radio station Triple J has a segment they do called ‘Like A Version’ where musicians are asked to come in and do live covers of some of their favorite songs by other artists. Brisbane’s The Kite String Tangle recently showed up to do some songs with a string quartet, which included his own sister on cello, to cover one of my very favorite Flight Facilities songs, “Clair De Lune”; a song I loved so much that I named it one of 2012’s Top 20 Music Videos. “Clair De Lune” was already a gorgeous song before The Kite String Tangle got their hands on it, but there’s something about the live warm sound of the strings that really reminds you of what makes this song so beautiful and lets the emotional impact of the song hit you right in the gut.

This entry was posted in Music Videos and tagged australia, flight facilities, like a version, live, The Kite String Tangle. Bookmark the permalink.