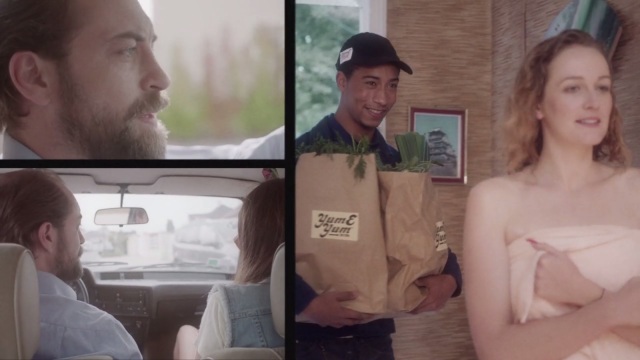 Now that we’ve got that necessary disclaimer out of the way I hope you still take the time to watch this because it’s one of the best videos that I’ve seen in a long time. A fun melodrama inspired by European erotic films of 70’s, the story follows one couple’s trysts inspired by a wife finding a condom hidden in her husband’s coat pocket. The condom isn’t actually his, but its discovery leads her to believe he’s having an affair (which he is) and inspires her to have one of her own. The analogue synth wash and tropical disco beats of Pilooski’s edit of the song perfectly compliment this comedy of errors with its fun and sexy vibes and you can pick up a copy of the song, along with the rest of their new album, Ghost Carnival, here.

This entry was posted in Music Videos and tagged hypnolove, nsfw, Pilooski. Bookmark the permalink.