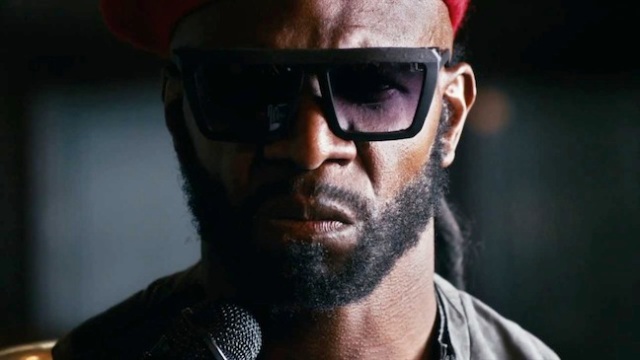 The cartoon character of Major Lazer finally comes to life in this mini-movie set to the song, “Scare Me” off of the new Major Lazer album, ‘Free The Universe’.  The video features lots of great guest spots, like Nick Kroll as the man who unfreezes Major Lazer to fight General Rubbish and Workaholics’ Blake Anderson as one of Rubbish’s henchmen, but by far the best casting has to be Terry Crews as the Major himself.  As soon as I saw his name I was like “Yes!”  Casting doesn’t get much better than that.  Terry Crews looks like he was born to be the Major.  The video is a flurry of fantastic 80’s action movie clichés, and, of course, “lazers”.  Fun stuff.

BTW, in case you were curious, the Major Lazer song that plays over the end credits is “Mashup the Dance” (feat. The Partysquad & Ward 21).